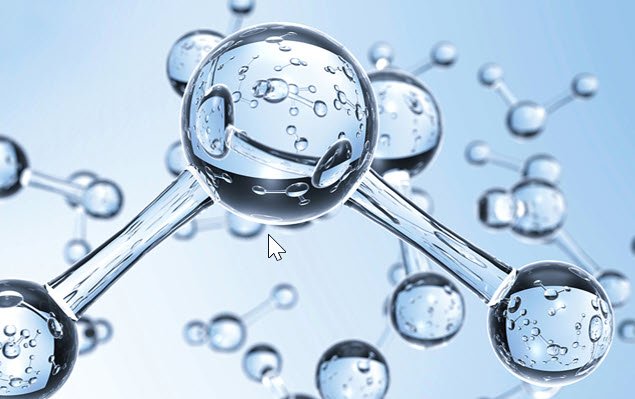 On May 17, 2021, the Brazilian National Council for Energy Policy (“CNPE”) published Resolution No. 6/2021 determing that the Minister of Mines and Energy, together with the Ministries of Science, Technology and Innovations and Regional Development, propose to CNPE, within sixty days, the guidelines for the National Hydrogen Program. The guidelines are expected to provide for safety standards, regulatory design and structures to enable a competitive hydrogen market in Brazil. Hydrogen has been on the agenda of the Brazilian Government for some time, and the recent developments are promising.

The 2050 Energy Plan highlights that hydrogen may help solving energy challenges such as reduction of carbon emissions in hard-to-decarbonize sectors, storage of renewables, safety in the energy supply due to the flexibility in hydrogen production (multiple sources) and diversity in its use cases (direct or converted into electricity). The 2050 Energy Plan also listed fuel cells as a potential key technology for the decarbonisation of the transportation sector in Brazil going forward.

Another interesting issue addressed by the 2050 Energy Plan is the link between hydrogen and natural gas. Brazil is currently undergoing a major reform in the gas sector, aiming to achieve a more competitive and liquid market. The new gas law was sanctioned in April 2021 and sectorial regulation by the National Oil, Gas and Biofuels Agency will be required in the near future. The state-controlled oil company Petrobras used to control most gas infrastructure and participate in all activities in the gas chain, but due to a cease-and-desist agreement signed with the anti-trust authorities, Petrobras is gradually divesting from such assets, opening space for private players.

In this context, the 2050 Energy Plan suggests that the regulatory framework for hydrogen storage be addressed in the context of the new sectorial regulation that will follow the enactment of the new legislation on natural gas. Furthermore, the document recommends that a technical regulation shall be put in place to govern the blending of hydrogen with natural gas. Subject to potential specific infrastructure adjustments this could enable the transportation of hydrogen using the existing gas pipelines infrastructure, reducing the costs. The 2050 Energy Plan acknowledges that regulation of the hydrogen industry will be key to address some of the challenges (including the safety aspects, given hydrogen’s high flammability). Therefore, the first recommendation of Brazil´s 2050 Energy Plan is that additional studies be carried out by the Government to map the hurdles relating to infrastructure for transport, storage and supply, to determine the required regulatory improvements that are needed for an effective regulation of hydrogen.

In February 2021 (following the publication of the 2050 Energy Plan), the Brazilian Energy Research Office responsible for supporting the Brazilian Ministry of Mines and Energy with studies on energy planning, published a technical note titled “Bases for the Consolidation of the Brazilian Strategy for Hydrogen”. This note further sets out the actions required to improve hydrogen’s position in the Brazilian energy matrix. The note also defends the adoption of the “rainbow strategy”, in which all “colours” of hydrogen (to each form of production of hydrogen a colour is attributed) and that Brazil should be looking into all of them to secure a strategic position in the hydrogen market. This includes, but is not limited to green hydrogen (produced from electrolysis of water using renewable energy), which currently shows to be less competitive in terms of costs, but that is expected to play a key role in the energy transition going forward. Like the 2050 Energy Plan, the technical note highlights that development of a regulatory framework for hydrogen is crucial for the development of the hydrogen market in Brazil.

In addition to the regulatory framework, another important driver for the implementation of new technologies is the creation of incentives for investments in research, development and innovation (“RD&I”). In this regard, in February 2021, the CNPE approved a resolution to instruct the National Oil, Gas and Biofuels Agency and the National Electric Energy Agency to prioritize investments in RD&I in the hydrogen sector, among others. In Brazil, both oil companies and electric energy companies are obliged to invest in RD&I projects in the energy sector. The CNPE resolution effectively directs such investments into the areas considered a priority in terms of the energy transition, which include hydrogen.

In parallel to the Government efforts to develop a regulatory framework for hydrogen in Brazil, a number of pilot projects have been considered and launched. The Government of the State of Ceará announced the launch of a green hydrogen hub in Pecém port, in partnership with Australian Enegix Energy. The investment is estimated in around US$ 5.4 billion, including building an electrolysis plant. Located in the northeast of Brazil, Ceará State has the required port infrastructure at an ideal geographical position, relatively close to Europe and North America. The State is also leading on the renewable energy front in Brazil, notably wind power. Together with the memorandum of understanding with Enegix Energy, the State Government of Ceará also signed a decree establishing a working group for the development of green hydrogen in the State.

Another potential green hydrogen project being considered is Porto do Açu, in Rio de Janeiro State. A memorandum of understandings has been signed between Siemens and state-controlled company Eletrobras and its research center CEPEL to jointly study the whole green hydrogen technological cycle from production to consumption of green hydrogen.

Although at the moment Brazil is still a long way from establishing the hydrogen economy, the country is strategically positioned to play a prominent role in the Global hydrogen market. Brazil’s energy matrix is one of the cleanest in the world, with renewable energy accounting for approximately 80% of the country’s electricity matrix. Taking advantage of the great variety of sources for hydrogen production, Brazil’s abundant natural energy resources beyond renewable energy, such as ethanol, natural gas, biogas, biomass and even natural hydrogen reservoirs also contribute greatly for the country’s potential to become a major hydrogen producer and exporter.